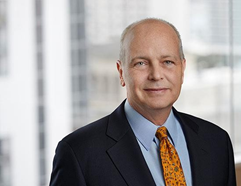 He has brought and defended litigation in courts across the United States, and coordinated litigation in Europe and the Middle East with foreign counsel. George also provides counseling and advice regarding corporate formation, compliance, risk mitigation, and internal investigations. In addition, he ensures that new and established businesses have the legal tools to protect their assets.

Prior to joining Losey, George practiced with the firm Boies Schiller Flexner. While with that firm his more recent experience included serving as lead trial counsel to the plaintiffs in People United for Medical Marijuana v. Florida Dept. of Health, 2017-CA-1394 (Fl. 2d Cir. Ct.) that struck the legislature’s ban on smokeable medical marijuana and that was ultimately resolved by amendment to the relevant statute.

He was also a member of the trial team that won a $663,000,000 verdict in a federal False Claims Act trial in the federal court for the Eastern District of Texas. This was the largest Qui Tam verdict ever rendered up to that date.

In addition, George prevailed in an administrative challenge to a software contract related to the I-4 Ultimate Improvement Project in Central Florida.

He is both Peer Review Rated and Client Rated as AV® Preeminent™, the highest performance rating in Martindale-Hubbell's peer review and client review rating system..

A native Kentuckian, George graduated Order of St. Ives from the University of Denver College of Law, where he served as an editor on the Law Review, as well as earning the Ford Foundation Grant. Prior to that, George attended the University of Heidelberg, and received his B.A. from Centre College.