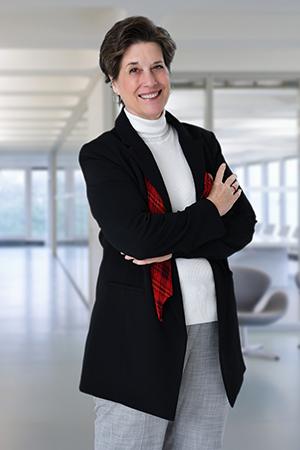 Virginia has been a commercial litigator and appellate lawyer for over 30 years. She specializes in complex business tort and contract litigation and has extensive experience in class action defense. She also has a practice concentration in trust and estate litigation, as well as considerable experience advising financial institutions and money services businesses in regulatory and operational matters. She has appeared before every appellate court in Florida, as well as the federal Sixth and Eleventh Circuits.

Virginia is rated as AV® Preeminent™, the highest rating in Martindale-Hubbell's peer and client review rating system. She has been recognized in Florida by Chambers USA for Banking and Finance and by Best Lawyers in America© for Banking Law, Commercial Litigation, and Bet-the-Company Litigation. She was named Lawyer of the Year in Orlando for Trusts & Estates Litigation by Best Lawyers in America© in 2014.

In Britt v. Bank of America (Fla. 9th Judicial Circuit Complex Business Court), Virginia represented a national bank in the defense of a putative class action based on an alleged violation of Florida's "at par" statute for having assessed a $5.00 per check convenience fee to cash a check.

Virginia represented McKenzie Check Advance of Florida in reinstatement of an appeal from an order denying arbitration. The District Court of Appeal had dismissed the appeal from the trial court's order on the theory that the trial court was determining a matter relating to the right to proceed as a class rather than to compel arbitration. The Supreme Court of Florida granted the petition for writ of mandamus, but withheld issuance of the writ. McKenzie Check Advance of Florida, LLC v. Betts, Case Nos: 4D09-493, 4D08-494, (Supreme Court of Florida).

She also handled an appeal from a district court order upholding a bankruptcy court's dismissal with prejudice of claims of fraud on the court. There was approximately $26 million at issue. The case involved dismissal with prejudice of an effort to vacate two bankruptcy judgments for alleged fraud on the court and a cross appeal on the denial of Rule 11 sanctions. The Sixth Circuit affirmed dismissal but remanded to bankruptcy court with instructions to explain why egregious behavior on the record did not warrant sanctions. Followell v. Mills, 317 F. App'x 501, 513-14 (6th Cir. 2013).

Virginia is a board member of the 4-C Foundation and P.A.S.T, Inc. (Preserve African-American Society, History and Tradition), which operates the Well’s Built Museum of African-American History in Orlando. She has served on the board of the Orlando Opera and as a board member and board chairman of Community Legal Services of Mid-Florida. Formerly she chaired the Local Rules Committee for the U.S. District Court of the Middle District of Florida and served as both Chair and Vice Chair of the Florida Board of Bar Examiners.

Prior to joining the firm, Virginia was a senior partner at a national law firm. She graduated from Florida State University College of Law, where she was a teaching assistant in the legal writing program and executive editor of the law review. On graduation she was awarded the Order of the Coif. Subsequently she served as law clerk to Florida Supreme Court Justice Raymond Ehrlich for two and a half years. Virginia has been an adjunct professor at Barry University College of Law where she taught legal ethics and secured transactions; she also taught civil procedure and payment systems at Florida A&M College of Law.