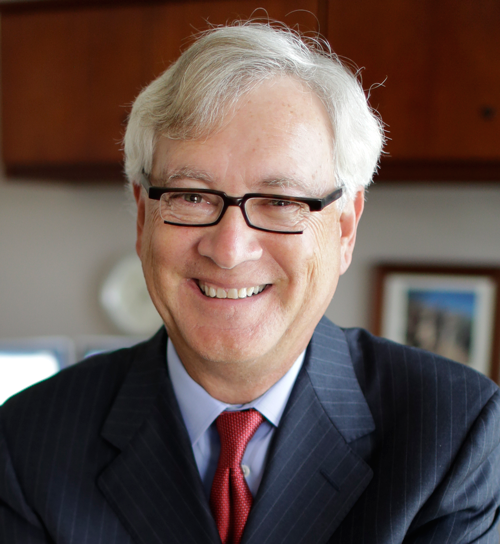 Ralph has over forty years of experience representing companies and individuals in information technology issues, including contracts and business advice. Ralph also has substantial experience in civil litigation, including commercial, intellectual property, employment and insurance. His litigation sub-specialty in these areas is fraud, primarily defense oriented, but he also initiated for the plaintiff, on behalf of the United States, several government fraud Qui Tam cases. One resulted in the largest False Claims Act settlement in history. For the past ten years Ralph has focused on a new area of the law that he has become passionate about, artificial intelligence, especially its use to find evidence and its ethical implications.

Prior to joining Losey PLLC in 2022, Ralph was a partner from 2010 to 2021 in an AmLaw 100 firm. His work included counseling clients on e-discovery, technology, AI, cyber security and ESI management. As the firm’s National e-Discovery Counsel he also designed, built consensus for, and enforced uniform national standards and best practices for electronic discovery. By 2021 he was supervising over five hundred ESI review projects a year using AI based methods to improve effectiveness and control costs. Ralph was the technology lawyer behind the 2012 landmark legal decision, Da Silva Moore, where a court first authorized the use of AI (predictive coding) to locate evidence in litigation.

Ralph has frequently lectured on technology law in the U.S. and Europe, an area where he is also a prolific author. He has written over two million words on the subject as a blogger and published author. In 1996 he wrote the first summary of Internet Law, Your Cyber Rights and Responsibilities: The Law of the Internet, (McMillian 1996). From 2008 to 2017 he wrote six best-selling texts, published by the ABA or West Thomson, on law technology that focused on the topic of Electronic Discovery. He also contributed and served as editor for the 2016 ABA book, Perspectives on Predictive Coding and Other Advanced Search Methods for the Legal Practitioner.

In 2015 and 2016 Ralph led a team of legal technology experts in scientific research and testing at the National Institute of Standards and Technology. They demonstrated and measured the effectiveness of Ralph’s unique Hybrid Multimodal method of information retrieval using AI and other search techniques. Prior to that Ralph tested his methods by competing in an open evidence search competition sponsored by a major university and a non-profit group. He was the only one-person team in the event, but still won, prevailing against all of the leading e-discovery vendors and large groups of attorney reviewers.

A Native of Florida, Ralph graduated from Vanderbilt University in 1973 and the University of Florida, College of Law, in 1979, with Honors. He also attended the Institute of European Studies, in Vienna, Austria in 1971-1972. From 2008 to 2012 Ralph served as an Adjunct Professor at U.F. College of Law where he taught various e-Discovery classes. In 2010 to 2012 he designed and single-handedly coded and maintained an online instruction program, the first accredited online class on any subject at the U.F. College of Law.

An early adopter of computers in the law firm in 1981, he was also one of the first attorneys on the Internet. Ralph has substantial experience in website design and coding and created one of the first legal webs in the country.

From 1980 to 1996 Ralph worked as an associate, then partner, and eventually named partner in a small to medium sized law firm in Orlando. He served as the firm’s Director of IT from 1982-1992 and as the managing partner from 1992-1996. His firm then merged with a larger state-wide firm based in Tallahassee. There he started and managed the firm’s False Claims Act practice group. Next his firm merged with a still larger AmLaw 200 firm based in Orlando and Miami. There he started and managed the firm’s Electronic Evidence & e-Discovery practice group. In 2010 he left the firm to become National e-Discovery Counsel for the mentioned, still larger AmLaw 100 firm, and in 2022 Ralph joined Losey PLLC.

Ralph has been a member of the Florida Bar since 1980. He is admitted to practice before the United States Supreme Court, the United States Court of Appeals for the Eleventh Circuit, and the U.S. District Courts for the Middle, Southern and Northern Districts of Florida. In 1989 Ralph was Certified as a High Technology Mediator by the Florida Supreme Court. Ralph has long maintained an AV Peer Review Rating by Martindale-Hubbell and recognition by various Who’s Who in the Law groups. In 2013 Ralph was selected by his peers and has since maintained The Best Lawyers in America status in four fields: “Information Technology Law”, “Electronic Discovery and Information Management Law,” “Commercial Litigation”, and “Employment Litigation (Management)”. He is also recognized and included in Super Lawyers. Ralph is also a member of InfraGard Orlando and the Orange County Bar Association.

Ralph is a longtime supporter of the Negro Spiritual Scholarship Foundation. It is dedicated to the preservation of the musical art form of the Negro Spiritual and provides college scholarships to young singers. In 2002 Ralph started with his wife of fifty years, Molly Friedman Losey, the Prima Sounds Foundation. It is dedicated to the promotion of meditation music of all kinds, including that created on computers by Ralph since the 1980s. Ralph is also a fitness and longevity enthusiast and promotes online an exercise program that he designed for seniors.