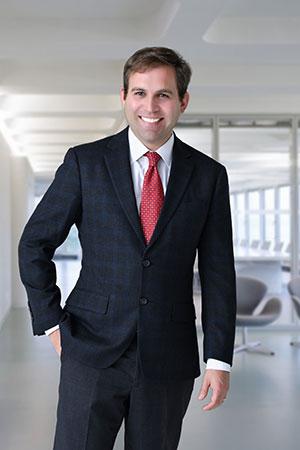 Adam represents companies and individuals in high-stakes litigation across the United States. In addition to his litigation practice, he routinely counsels clients in the areas of information security, privacy, electronic discovery, technology contracting, social media, and internet-related matters.

He has been acknowledged by Who’s Who Legal® as a leading commercial litigation and electronic discovery lawyer. Adam was selected for inclusion in Best Lawyers in America© in the areas of electronic discovery and information management law; he is one of Florida Trend Florida’s Legal Elite™. He is Peer Review Rated and Client Rated as AV® Preeminent™, the highest performance rating in Martindale-Hubbell's peer and client rating system.

Adam’s representative litigation matters include obtaining over $15 million in judgments for a Fortune 20 corporate plaintiff in a series of nine related litigations across the state of Florida; a no-liability defense trial verdict for a major financial institution in a Florida-based litigation seeking approximately $20 million in damages (subsequently upheld on appeal); securing a $1 million JAMS arbitral award against a software developer; a Tax Court trial victory for an innocent-spouse defendant against the Internal Revenue Service in Cody v. Commissioner of Internal Rev.; and representation of the State of Florida in an equitable apportionment action before the U.S. Supreme Court in Florida v. Georgia, No. 142, Original.

His representative information security and privacy matters include acting as breach coach in the management of multiple large-scale breaches involving unauthorized access to personally identifiable information and protected health information; litigation and counseling regarding violations of the Computer Abuse and Data Recovery Act, as well as the Computer Fraud and Abuse Act; and addressing ransom demands associated with wrongful acquisition of corporate data. He manages all aspects of the data breach life cycle in matters ranging from incident response and coordination with law enforcement, notification of affected individuals, all the way through to addressing subsequent litigation related to a breach.

Adam serves as the president of InfraGard Orlando, a partnership between the Federal Bureau of Investigation and the private sector dedicated to information sharing and education on information security issues. He also serves as Treasurer of the Make-A-Wish® Foundation of Central and Northern Florida, and is actively involved in the Arnold Palmer Medical Center Foundation as a member of the Champion’s Circle and the Foundation for Foster Children as a Circle Member. He additionally serves as a board member for IDignity, a 501(c)(3) organization created to help the disadvantaged in Central Florida overcome the difficulties of obtaining the personal identification that is crucial to enabling them to become self-sufficient.

Adam is a prolific writer who has contributed to educational programs and periodicals worldwide. His articles in multiple law reviews have been cited by state and federal courts across the United States. He has written for bar journals and industry publications such as Corporate Counsel, the American Bar Association's Landslide® Magazine, CIO Insight, Law Technology News, and Computerworld. Adam has been quoted by major media outlets, such as Forbes and Quartz, on issues of technology and law. He regularly lectures for industry groups, bar associations, and judicial education programs such as the Federal Judicial Conference and Florida College of Advanced Judicial Studies.

A native Floridian, Adam graduated Order of the Coif from the University of Florida College of Law. He served as an editor on the Florida Law Review, a board member for the Journal of Technology Law & Policy, and a member of the Honor Court. As an adjunct professor at Columbia University, Adam taught technology law in the university’s Information and Digital Resource Management Master's Program. Previously he worked at a large national law firm. Prior to that, he served as a law clerk to the Honorable Chief Judge Patricia C. Fawsett in the Middle District of Florida and as a law clerk at the Second Judicial Circuit State Attorney’s Office in Tallahassee, Florida.